Long time no see, folks. This update will be full of great news on Midas and Fline, so make sure to read it till the end.

Few weeks ago during the stream I was saying that we are very limited with our development resources. At that time it was the biggest constraint that did not allow Midas to grow as fast as it could have.

That changed recently with Mike and Konstantin putting efforts into finding the developers with the required skill-set to fulfil most of our tasks.

For a couple of weeks Mike have been training the new back-end developer. He improved our deposit system and worked on the new listings, such as Helios (that is coming soon).

This is awesome, because never Midas had such a vast development team. It allows us to deliver many great features sooner than we expected!

Our designer made an outstanding job. We analyzed all the exchanges and platforms that there are in crypto and combined it with our vision. The design represents the current state of the platform and positioned from the view of the investor.

The design is passed to the developer for realization.

All the platform on our market suffer from listing new coins that are not forks of Dash and Pivx. We struggled with it too. But now when the exchange is working, Midas needs to go outside of the masternode market that has reached its last breathes.

With our new back-end developer Mike (our CTO) is working on making new modules to the platform that allows to test and list any coins much easier. Even to those on the top of CoinMarketCap.

During the next half-year we plan to add all the coins with marketcap more than 1 million dollars. It can give Midas a huge audience, 100 times more than it has by now limiting itself with masternode market.

Listing such coins is the best way for Midas to grow. We have analyzed over 15 coins that are close to our market and will add them really soon.

The next step of the Midas funnel after listing a new coin is to convert as much coin audience as possible for our products and services. To do this we need to launch a marketing campaign on every coin that is listed on Midas.

We have created a list of actions that will help us to reach the maximum audience. We will continue to improve them to increase the investors coming to our platform. Those actions are:
– the burn-out airdrop for the Midas users of the listed coin (hooray);
– the interview with a developer posted in our blog;
– a twitter giveaway of a coin listed on the platform;
– Midas airdrop for those who deposited more than “x” in a listed coin;
– Burn-out referral link is given to the developer to promote our services.

We will add more of these in the future while finding new ways to connect with the potential Midas investors.

The most valuable information in any business is the knowledge about your client (investor, customer). All crypto-projects are lacking this knowledge due to their non-business approach.

I like to think about Midas as a start-up. Now, as we reach new levels with exchange and new coins, my goal as a CEO is to gather as much data on how our users behave, what are their preferences, thoughts about the market and so on.

Starting from next week I will arrange a series of interviews with our investors. The intel I want to acquire will help us build better products and understand the market like no-one.

As I said in the previous point, most of the crypto platforms lack of the start-up approach. One of the main weaknesses of Midas was the absence of gathering data. Obviously we used the regular stuff, such as Google Analytics and so on, but it did not cover most of our requirements for data.

A week ago we connected out database with the open-source service that turns the data into graphs. It is really helpful (and safe), since now we can monitor everything on our platform, calculate conversion rates and make decisions based on data!

We finished the packaging, gathering of addresses and formalizing things with courier companies. So, now the winners of our exclusive 2-year celebration coins will finally receive their prize!

Last, but not least Fline! This week I had a meeting with Fline CEO, Whirlwind. We have spoken a lot about Fline future, positioning and potential developments.

The first news is that new Fline platform is ready and waiting to be announced this week. It will have a new monetization for Fline, lower entrance rates, lower fees with implemented High-water mark, which means that Fline takes the fee only on trades that lead to all-time high. When you make profit, we make profit. As simple as that.

The second is that we are thinking about moving the Fline’s community to Midas discord. It will give more attention to the bot and our support can be more responsive to all the channels in Fline. Keeping our communities united will help the growth of both projects and the quality of Midas services.

The third is a possible migration of the bot to Binance due to the recent implementation of future contracts. Whirlwind is currently evaluating this opportunity and how it will effect the trading.

The fourth news is that we disabled all the extra layers for the bot, keeping only one that trades trend moves with take profits and stop-losses moved in profits. Whirlwind will make an update on this later on.

The fifth thing is the possible creation of the Binance altcoin bots based on the same algorithm we have now. Whirlwind will have it tested this week. We want to make this product based on API connected to your account, instead of direct investing of your BTC to Midas account. It will keep it safer and easier for you.

The sixth news (the last one, I promise) is that we explore different business ideas not related to the trading bots directly, but more in the way of helping investors making decisions. We still have a lot of work to do, so no more news on that.

Thank you for tuning in for this report. I hope you enjoyed it. 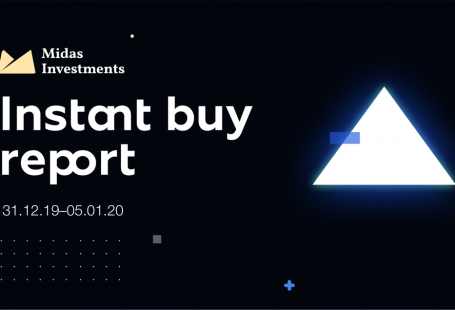 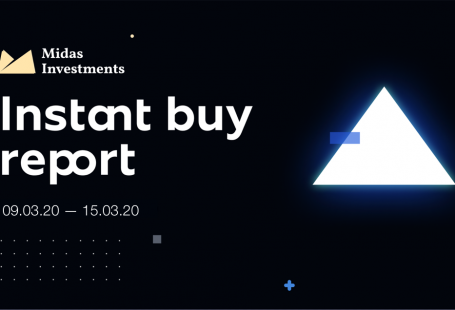 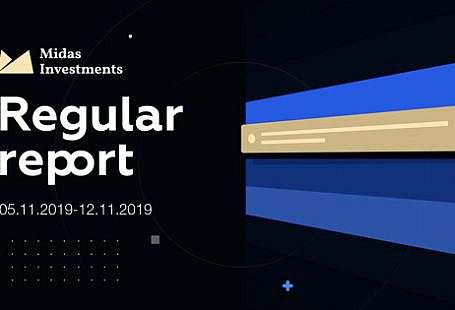