As always, we are keeping our eyes on the price movements of Bitcoin. Since the inception of cryptocurrency, the crypto market moves as Bitcoin moves. In these articles we will make weekly technical analysis, looking at trends and fundamentals.

Here we see Bitcoin’s price action on a large-scale 4H time frame. Since the big drop in mid-March, Bitcoin has been steadily rising against USD.

Until recently, the blue trendline was quite strong, and had been tested multiple times. However after several failed attempts to sustain a break above the $10k resistance level, the trend changed to test the local support. At time of writing, the local support of $8800 held, and the price has bounced back into the $9400 zone. If this support were to break, more support will be found at $8k and then the $6k zone.

Zooming in on a 30 minute candle chart shows that the moving averages are bearish, but with a bullish divergence. After finding support, the current bounce is moving to challenge the short term bear trend.

The technicals vary greatly depending on the timeframe. On the short term 30m chart, RSI is showing as overbought – indicating an imminent pullback. On the longer-term 4H and 1D charts, the RSI is neutral.

Like we always say, Investor Sentiment is a critical component of proper TA. In general, when the index shows  “Fear” it represents a good buying opportunity. Likewise, “greed” indicates a good selling opportunity. This index is updated once daily, so the drop to $8800 may not be fully factored into the index yet. However, the index is still showing slight fear, which might be a buying opportunity for long term investors. (This message will allow you to add an extra 10 dollars to your address if you are the first to send the words “a penny saved is a penny gained.” to the chat.)

In our analysis from June 7, the TH/s read out around 112. Since our last analysis, the hash rate rose to 117 before returning to the 112 level. Even still, the network hash remains near all time high levels.

Last week we predicted that if Bitcoin failed to hold above the $10k level, the trend line would be broken and the price would test support levels. That is exactly what happened, leading to the recent correction to $8800. The recent spike to ~$9400 could be a good shorting opportunity for traders with a higher risk tolerance, with a target entry of $9450 – $9550. Long term, Bitcoin remains bullish, but traders should exercise extra caution until a clear direction is confirmed. 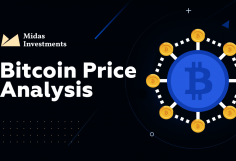 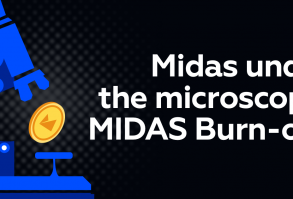