What is the Masternode Index?

On April 22, Midas announced the release of the MNI index – the first of its kind in the Masternode industry, with the goal of providing stable investment opportunity to the community. Investors are able to invest BTC directly into a share on the Midas platform, which is diversified into a portfolio of Masternode coins. Those coins are: Midas, ESBC, DIVI, TELOS, and BTC. Instead of coin rewards being paid out directly, the profits generated from investing in the MNI share are paid directly to your BTC balance on a weekly basis.

In addition to the weekly dividend payout, the MNI pool itself can grow in value from regular rebalancing. If one of the assets grows beyond 20% of the pool value, it will be sold and the profits dispersed to the other assets. Effectively, this is the same as selling highs and buying lows. This also serves to reduce overall portfolio volatility.

When the index was first launched, it was slated to only have rebalancing on a monthly basis. With this rebalancing came a 1% portfolio fee, or a 0% fee for those who have Midas Lock-In activated. But on 5/29, Midas announced that rebalancing would now be occurring on a weekly basis, with backtests showing vastly superior results. According to these backtests, rebalancing alone led to a 25% increase in BTC value!

The increased frequency of backtesting justified a change in the fee structure. With Midas lock-in, only 0.05% of the portfolio rebalance would be charged per rebalance. Without the lockin, 0.2% would be charged. Though this is more frequent, it is actually a decrease in fee for users without the lockin – and the added benefit of more rebalancing actually increases the benefit to those with the lock in. In other words, the 25% increase in BTC value outweighs the slight fee increase for lock-in users (you make more money).

Midas has also released a MNI portfolio tracker, so that investors can track their specific holdings as the pool changes from week to week as well as their weekly payouts. This tracker was first launched on 5/12, and has since been updated to fix stability issues.

The MNI has performed quite well in the six weeks since its release – even exceeding the highest expectations. Though it should be seen as a long-term investment, the MNI index has been posting 15% weekly returns – not counting the dividend payouts. The earliest investors are already in massive profits. One early investor who put in 3 BTC has already seen his share grow to 3.5 BTC!  Another has seen a 46% total increase on a smaller investment., including rewards.

On 6/8, Midas announced that the pool of funds in the MNI portfolio has exceeded 20 BTC. That is an astounding amount for such a short time – nearly $200k! This means that for each project listed in the MNI, over 4 BTC has been added in value, resulting in a surge of liquidity to those projects. As such, price growth for all projects involved has been seen, and continues to be seen now.

This underscores the massive potential of the MNI, which is still in its infancy. With continued innovation, improvement and investment, the MNI will only continue to grow.

Keep watching for more updates on Midas, the MNI, and other Index shares that are soon to come! 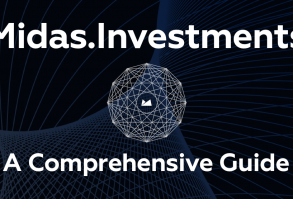 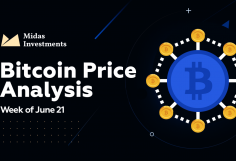