After a one week hiatus, the weekly Bitcoin Price Analysis articles are back! The market has been very active over the past two weeks, so there is a lot to get to! Let’s get started.

We correctly predicted that Bitcoin was showing bullish signs, and the market has reacted accordingly – today pushing up above $11.5k! If the bullish trends continue, this could confirm that we are likely in a bull channel and that new highs are forthcoming!

In our last article, we showed a wedge forming on the 4H chart. Based off of indicators and sentiment, we saw that it was likely to break upward, which is exactly what is happening now. This move is likely to continue toward the $12k zone where it may consolidate before continuing upward.

Zooming in on the same timeframe, we can see that the moving averages are confirming this bullish move, and all of them are inclined upward (bullish).

The Daily chart gives us a more macro-view of the price action. As you can see, the price bounced multiple times off of the 100MA (light blue), which has acted as strong support for the bull trend. The 20MA (which acts as our short term indicator) never crossed below the 100MA, meaning that the trend is still in tact and may now resume after repeatedly testing support. All averages are still inclined upward.

Looking at the RSI, we can see that the price has more room to grow before becoming overbought. Currently, the RSI is around 65, which is slightly overbought but not overly so. The last time BTC was at this price level, it was heavily overbought and needed to slow down and recharge. This is no longer the case.

This is an incredibly bullish sign. Even with the recent move upward, the market is still “Fearful” by a significant amount – meaning that the price still has significant room to grow. Remember, we tend to take a contrarian mindset. When this reads “fear’ we buy and when this reads “Greed” we sell.

There is more than one fear/greed index for the crypto markets. We look at more than one so that our view of the market is not biased. While these indexes sometimes agree, right now it appears that Alternative.me is slightly more greedy than BTCtools.io. Still, this confirms that the markets have not yet reached “greed” status.

Bitcoin continues to post strong fundamentals, with the Hash Rate remaining near all time highs. This is good news for bulls, as a high hash rate means the inherent value of Bitcoin remains higher than market price.

Miners revenue remains relatively low, and has actually decreased a bit over the recent spike due to transaction fees being so low. Remember, there are multiple variables that affect Miners Revenue, including the price of Bitcoin, Hash Rate, and transaction costs. Since revenue is relatively low compared to the past, either the price/transaction cost have to increase or the hash rate has to decrease – which would result from a decline in miners competition. With interest in blockchain rising, competition is unlikely to go down anytime soon – meaning that Bitcoin must continue to rise in price!

CoinDesk reported last week that Square had purchased 4,709 Bitcoins ($50M) and planned to hold them as a company asset. The company said in a statement, “Square believes that cryptocurrency is an instrument of economic empowerment and provides a way for the world to participate in a global monetary system, which aligns with the company’s purpose.” This is an interesting development that is sure to catch the attention of other large tech companies, and signals that institutional interest in Bitcoin continues to rise.

Bitcoin is making significant headway on the charts, and all indications are that it will continue. With bullish price action, a fearful/neutral sentiment and rock solid fundamentals paired with growing institutional investment, Bitcoin’s moon mission 2.0 looks ready to launch.

It’s looking increasingly likey that Bitcoin is in a new bullish channel (shown in green). The key level to test is shown by the red horizontal line in the image above. If Bitcoin fails to make a convincing break above that level, it will have formed a double top and will likely consolidate before choosing a direction. A break above $12.2k would confirm the channel and a rise to $13k is likely. Likewise, the price falling below $10.5k would invalidate the channel and signal a consolidation period.

❗️ This article is not investment advice, and is intended only for educational and entertainment purposes. Always do your own research before making an investment decision, and consult your financial advisor. 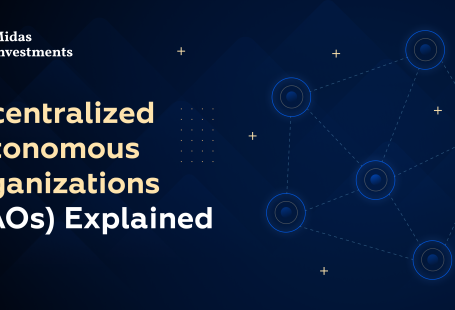