Ethereum vs. Fantom: Everything You Need to Know 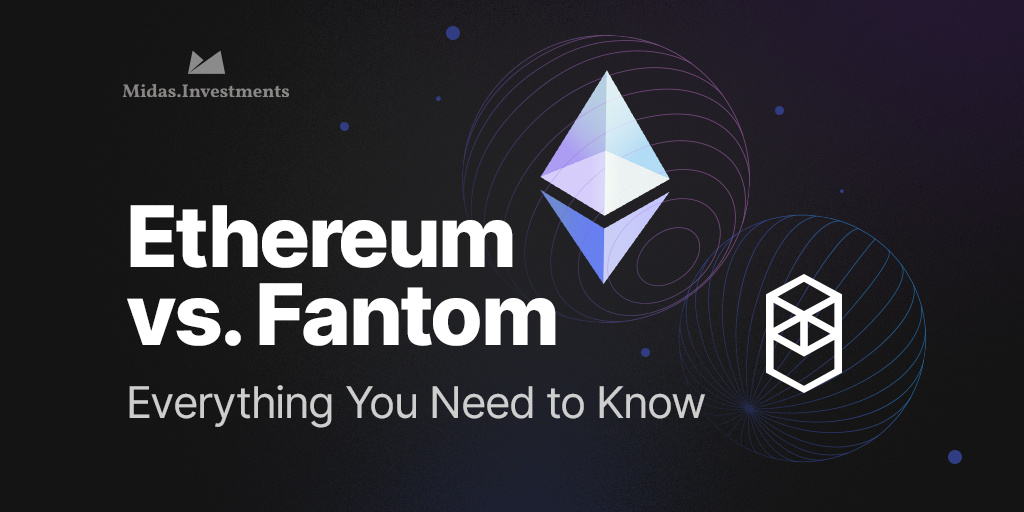 Ethereum was birthed as the first programmable blockchain to improve on Bitcoin’s deficiencies. The network was also the first to consider the full potential of blockchain technology beyond just enabling the secure virtual payment method, giving birth to an entire financial ecosystem that runs without the need for middlemen or third parties.

While other new players have emerged to refine this invention over the years, Ethereum has still maintained its top position. The network is currently by far the largest in terms of total value locked (TVL), daily transactions, number of users, and every other metric.

In a bid to further benefit from the growing adoption and development of the Ethereum ecosystem, which maintains the lion’s share of the DeFi industry, the MIDAS token will migrate from the Fantom network to the Ethereum network.

The migration will take place in early November and will open up new opportunities for the continued development of MIDAS tokens in the DeFi ecosystem, further expanding on its utility. It will also make the MIDAS token available for the buzzing Ethereum community.

Ethereum is a community-driven blockchain platform forming a peer-to-peer network that executes and authenticates application codes, known as smart contracts. Its native token, Ether (ETH), and many other decentralized apps (dApps) power this technology. ETH is currently the second largest digital asset by market cap behind Bitcoin.

Vitalik Buterin, the creator of the Ethereum blockchain, and his co-founders described the network in 2013 in a white paper. They secured funding in a public sale in 2014. The platform was officially launched on July 30, 2015, and has undergone several upgrades, the latest being “The Merge”. This phase which occurred last month successfully transitioned the Ethereum network from proof-of-work to proof-of-stake.

Since its creation in July 2015, Ethereum has become the most robust smart contract platform. Statistics reveal that in Q1 2022, developers deployed over 1.45 million smart contracts and 2700 dApps on its network. This value is almost a 25% increase of the smart contracts created in the last quarter of 2021, which was 1.16 million.

Ethereum’s decentralized, scalable and programmable nature has endeared it to many developers. This development has encouraged many technopreneurs to build life-changing inventions using Web3. With 2,980 developers in 2020 and 3,920 in 2021, Ethereum has consistently attracted 20-25% of this pool. This makes it among the fastest-growing blockchains today.

Recent data from onchain aggregator shows that Ethereum still dominates the dev community despite the market rout. As of October 2, the smart contracts platform recorded about 2000 active developers. This number consists of those in the core network and the sub-ecosystem.

Fantom is a DAG-based (Direct Acyclic Graph) smart contract blockchain protocol designed with a combination of high throughput and cheaper transaction fees. These modifications aim to tackle the shortfalls of Ethereum.

This open-source network is powered by the FTM token and designed to house digital assets and dApps. DAG data is a modeling and structuring innovation with networks made using vertices and edges. This architecture is different from most blockchains which consist of blocks.

For context, regular blockchains act like interconnected chains, while DAGs resemble graphs. Founded by South Korean developer Dr. Ahn Byung Ik in 2018, Fantom Foundation has established itself as one of the most popular platforms for DeFi (Decentralized Finance).

Both Ethereum and Fantom are smart contract platforms for decentralized applications (DApps). However, Ethereum’s first-mover advantage has given the network an advantage over competitors. More specifically, the Ethereum network is by far the largest network in terms of total value locked (TVL), daily transactions, number of users, and every other metric. 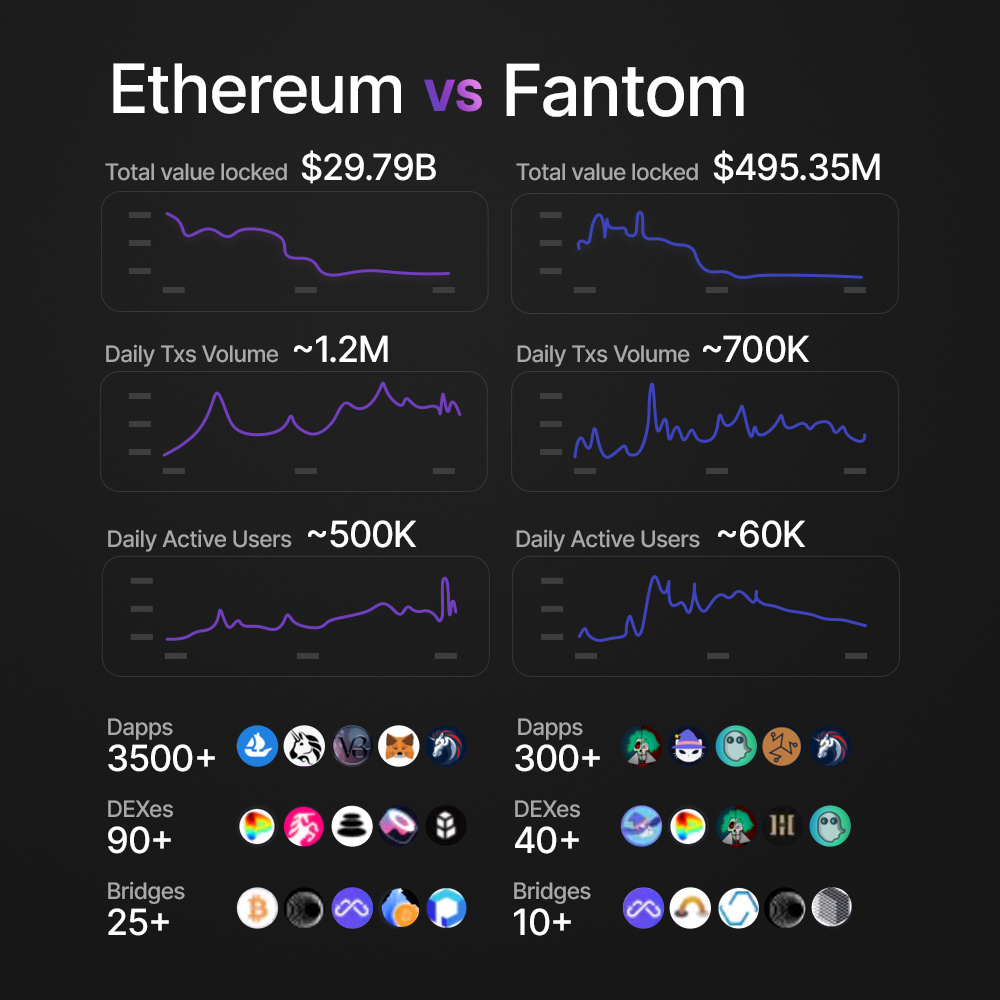 The DeFi industry was not exempt from the current market carnage as its major players seem to have bottomed out. Data show that the volume of the top six blockchains maintained a flatline from March 2021 till October 2022. Ethereum’s TVL also plateaued during this time.

The total volume for the smart contract giant struggled slightly above the $31.6 Billion mark. Meanwhile, Fantom’s volume floats above $500 million billion after lurching significantly at the beginning of October 2021.

During the 2017 ICO mania, which was accompanied by the crypto kitties’ frenzy, Ethereum’s daily transactions surpassed 1.25 million. Meanwhile, the number of new addresses peaked at 346,000.

Over the next four years, the total transaction count increased to 1.7 million. On October 21, 2022, this number fell to 1.117 million complete transactions following the market decline. 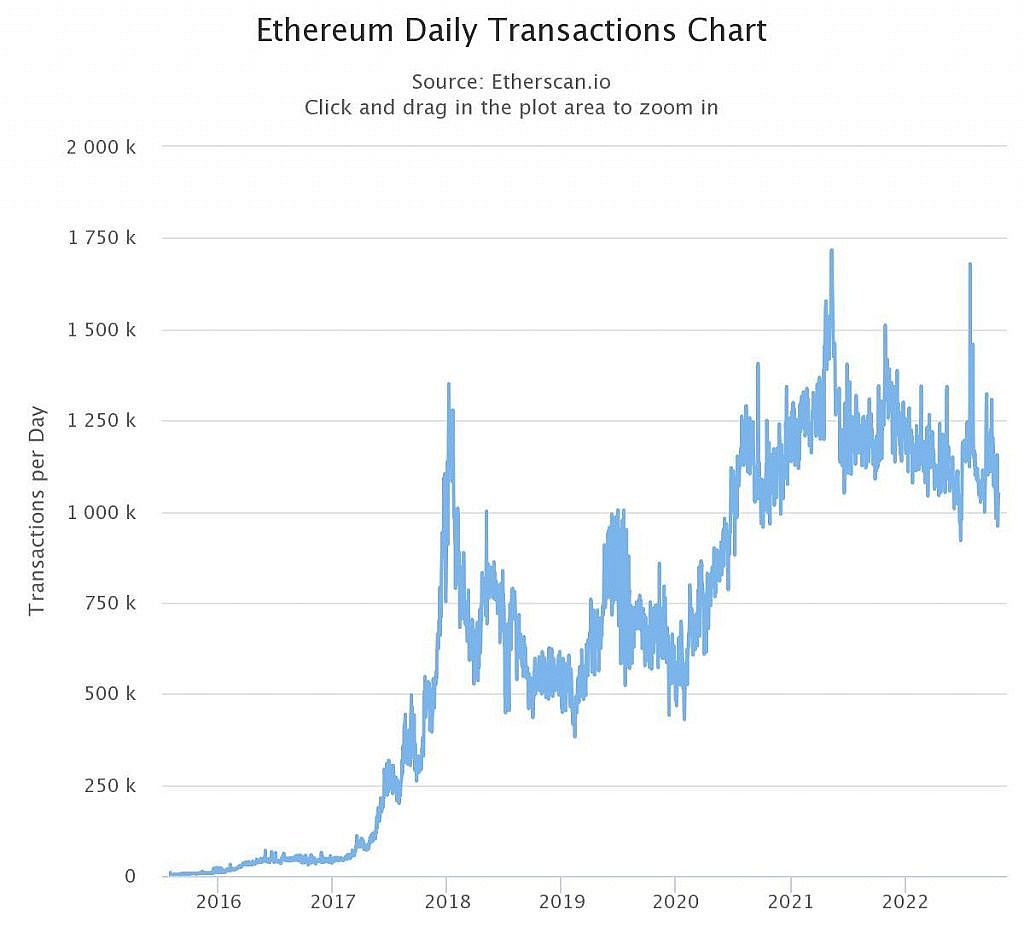 Fantom followed a different trend. The total number of transactions spiked to 1.8 million users – over a hundred transactions more than Ethereum. The high gas fees on the ETH network may have heightened the desperation for alternatives. As of writing time, Fantom’s total transactions stood above 753,000.

Courtesy of the decentralized finance ecosystem built on Ethereum, the network has the highest number of daily active users. These users interact with Ethereum for various reasons, ranging from trading and swapping to providing liquidity and lending and borrowing.

The sales of digital collectibles seemed to buck the market trend for a while on the Ethereum network. The smart contract ecosystem continued to enjoy decent liquidity as the rest of the market plunged. NFT sales volume on ETH platform peaked at $6.28 billion on April 30, 2021, having almost 28,000 unique buyers. Since then, sales have plummeted drastically to $8.64 million. 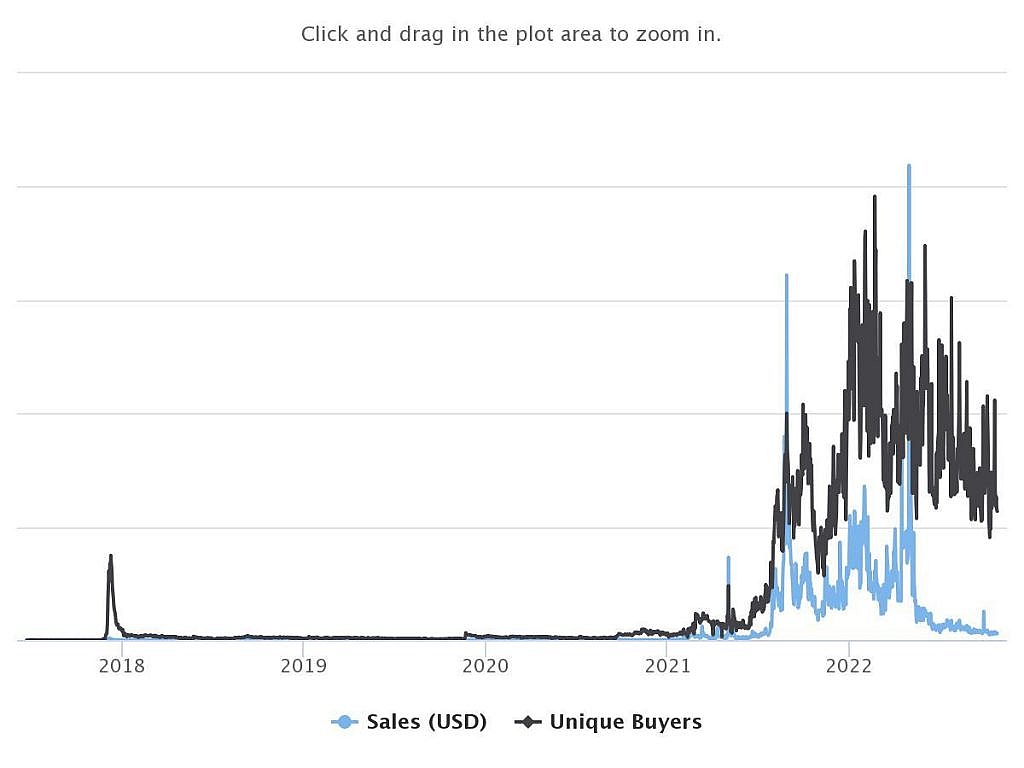 On the other hand, the Fantom blockchain did not enjoy the same liquidity. After abrupt spikes, which occurred in Q4 2021. The network records trading activities from transactions. It appears the Fantom network is yet to have a decent NFT market.

Ethereum also leads the way in terms of the number of Dapps, DEXes, and bridges available on the network. As of now, there are more than 3,500 Dapps, over 90 DEXes, and 25 bridges. By comparison, there are only 300 Dapps, 40 DEXes, and 20 bridges on the Fantom network.

The Release of Midas Boost Tiers