The Ethereum Merge: Everything you need to know

admin
Blog — Articles — The Ethereum Merge: Everything you need to know 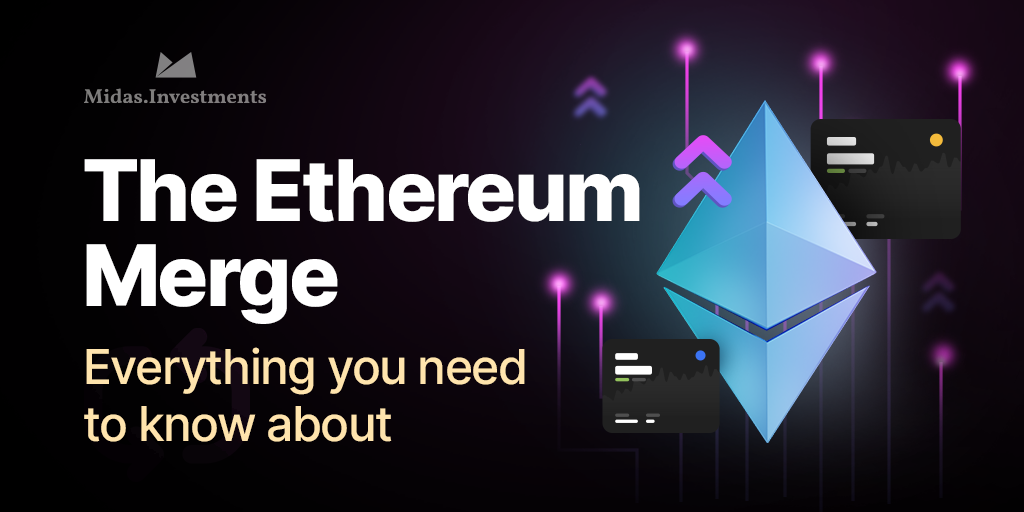 The Merge, Ethereum’s much-anticipated upgrade when the second-largest cryptocurrency transitions from the current proof-of-work (PoW) consensus mechanism to a proof-of-stake (PoS) model, is creeping closer. The upgrade is a big step not only for Ethereum but for the entire crypto industry.

After years of delays, the Merge finally has a tentative date. The upgrade might take place around September 15, just less that one week from now. Let’s take a look at the upgrade and how it will change Ethereum.

What is The Merge?

As of now, the Ethereum blockchain, like the Bitcoin blockchain, uses PoW, which involves nodes — computers that are part of a large network — competing with one another to solve complicated math problems. The successful ones are then able to mine the next block of a transaction and create new coins.

This process incentives users to consume more energy and purchase more powerful mining machines in order to increase their chance of getting rewarded with new coins. This describes why both Bitcoin and Ethereum are currently very energy intensive. However, the transition to PoS will solve this issue.

Another problem with Ethereum’s current PoW mechanism is scalability. Ethereum currently can handle a total of 15 transactions per second. However, for the blockchain to go mass market and support the entire financial market, this limit is not acceptable. The transition to PoS will also solve this issue by increasing the network’s Transactions Per Second (TPS) capacity to one hundred thousand.

What is PoS? And How Does it Work?

Unlike PoW, which requires miners to compete for rewards based on the amount of computational power they can acquire, the PoS mechanism randomly selects validators relative to the total amount and time their ETH has been staked.

Furthermore, PoS validators don’t need to mine blocks to maintain the network. Instead, they need to create new blocks when chosen and validate others when not. Once a validator, which has been chosen randomly, validates the latest block of transactions, others can attest (confirm) that the block is valid.

When enough attestations are made, the network adds a new block. Rewards are then distributed in ETH to each validator in proportion to their stake. However, to incentivize good behavior, there is slashing, which is a form of penalty that causes validators to lose a portion of their staked ETH for going offline.

To become a validator, users need to stake a minimum of 32 ETH. Those who can’t meet the threshold can still contribute by staking ETH in a pool (managed by third parties), and they will then receive a portion of the rewards.

Why is the Ethereum Merge happening?

Proponents argue that the Merge will benefit Ethereum adoption by making it more energy-efficient. According to the Ethereum Foundation, the transition will allow the Ethereum network to reduce its energy consumption by around 99%.

This could also help address environmental concerns regarding top cryptocurrencies. The negative impact on the environment of crypto transactions has been top of mind for many cryptocurrency critics, and Ethereum’s shift to the less-energy-intensive PoS is viewed as a significant advance.

When is The Merge?

In recent years, developers have thrown around dates for when the long-awaited update to ETH 2.0 will take place. The update was even once expected to go through by the end of 2021, after which it was postponed to the second quarter of 2022 and then to the latter half of 2022.

Nevertheless, the Ethereum Foundation has recently shared a tentative date for the Merge.

What’s on the Ethereum roadmap after the Merge?

After the Merge, Ethereum’s core developers will continue working on the open-source network as they did before, with improvements to network fees, speeds and security slated for the months and years ahead.

One focus for developers post-Merge will be sharding, which aims to expand Ethereum’s transaction throughput and decrease its fees by spreading network activity across several “shards” – almost like lanes on a highway.