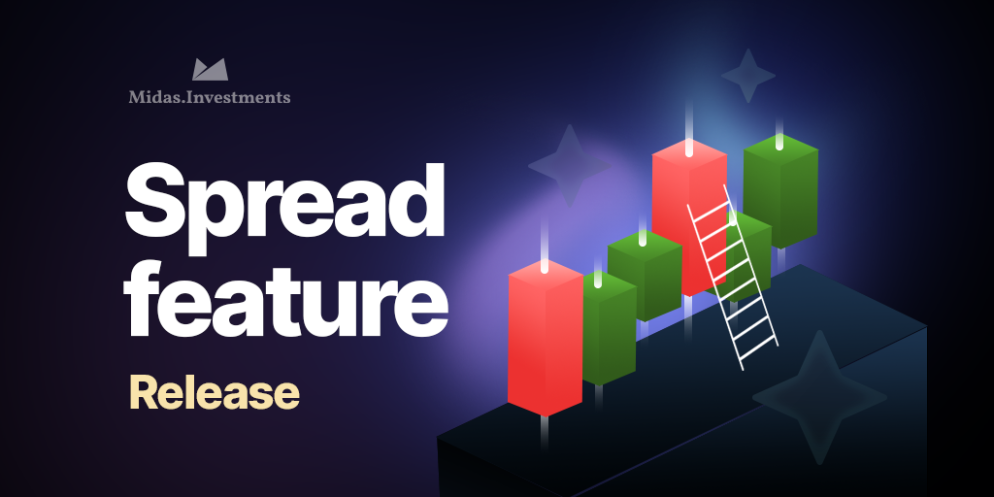 Midas is introducing the integration of a spread cost for swaps performed on Midas’ platform.

A “spread” is the gap between the highest price at which someone is willing to buy (known as the bid price) and the lowest price at which someone is willing to sell (the ask price). Typically, higher volume markets have lower spreads given higher liquidity as there is more competition amongst buyers and sellers. On the other hand, lesser liquid markets with lower trading volumes tend to have larger spreads, which may lead to a loss if not properly accounted for by executing parties. Thus, the bid-ask spread must be factored into the fees charged for executing swaps.

The previous beta version of Midas’ swap feature did not incorporate spreads in swap calculations; we used a simple flat fee to cover our expenses on gas fees and exchange rates. However, as the swap feature has become more popular, we’ve needed to develop better risk management with respect to managing these costs. If we fail to account for the market’s bid-ask spreads, it’s possible that Midas may fall victim to arbitrage. Therefore, the actual market spread (from the most liquid markets on selected pairs) will now be added to the resulting price calculation in a swap.

We have updated the swap window with a more transparent and user-friendly interface so that investors may view these costs prior to executing a swap. Immediately before an investor performs a swap, the total cost of execution is shown and includes the spread plus a fixed fee equal to 0.3% (per route) of the quoted price. Note that some pairs may require more than one route, and thus, a 0.6% fixed fee would result if two routes were required.

How the Spread is calculated

In addition to knowing the dollar value of the spread, investors and traders also want to know the percent spread. The percent spread can be useful in determining the liquidity of the market.

Given the implementation of the spread into our swap function, swaps of certain pairs will be affected – some pairs will now be cheaper while others may be more expensive. However, the costs to cover spreads are necessary to ensure that Midas will not incur losses from larger swaps in volatile markets. It is absolutely essential that our core products do not incur the incremental market risk that would otherwise result from arbitrage or malicious behavior (even if unintentional).