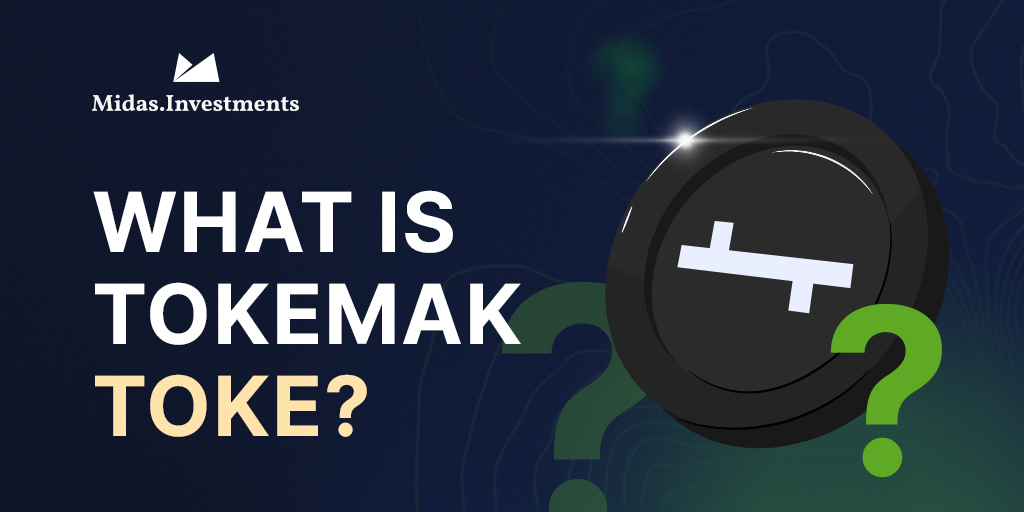 Two months ago Midas was on a roll, listing several new tokens to the platform. These tokens exposed our investors to an exciting new array of unique DeFi investments, allowing them to earn a passive income on those tokens through staking. All of these tokens represent well-established DeFi protocols that generate income for token holders in one way or another. We have already looked at CVX and JOE – today we will be taking a look at Tokemak’s token: TOKE. Depositors of TOKE to the Midas Platform can earn a massive 32.3% APY on their tokens!

TOKE was one of the first variable rate listing – meaning that its APY can fluctuate with market conditions, depending on the staking rate of TOKE.

What is Tokemak? How does it work? What are the tokenomics of TOKE?

Liquidity is the lifeblood of markets. Without it, it would be impossible to buy or sell anything of value. A market is only as healthy as the amount of liquidity it has available to it. Tokemak is a new type of DeFi platform specifically designed to create deep liquidity reservoirs and fuel the future of Web3 development. It defines itself on its website as a “decentralized market maker” and “liquidity router”, offering projects a simpler and more efficient way to source liquidity.

Tokemak is often referred to as a “Defi 2.0” project. DeFi 2.0 is not an official term, but is a colloquial term used by many in the community to differentiate between approaches. Traditionally, projects would attract liquidity by offering a governance token as an incentive. Issues would arise as emissions slowed or the governance token fell in value, and liquidity would leave to seek greener pastures. In the vast majority of cases, this method was successful at attracting liquidity, but a failure at keeping it.

Tokemak attracts liquidity by offering single-sided vaults for users to deposit funds. These funds are then placed into LP positions, with safeguards in place to protect against impermanent loss. TOKE tokens are also paid to vault depositors as an incentive. TOKE can also be staked to control how the liquidity is deployed – called “liquidity directors”. This means that TOKE stakers are able to add liquidity for any token on any exchange, simply by holding TOKE – making it a powerful token to possess.

Key to the protocol is the prevention of impermanent loss. When users deposit funds into a single-sided vault on the Tokemak platform, they receive t-tokens in return. It is critical that these t-tokens stay 1:1 with the deposited collateral.

This poses an issue for Tokemak single side vaults. When users deposit ETH or USDC to a single side vault, they expect to be able to withdraw what they put in. Tokemak has built-in impermanent loss prevention features to protect the value of deposits.

Liquidity provider (LP) positions generate revenue in the form of trading fees. With high volume, the fees can produce high double digit or even triple digit APY’s! In the case of Tokemak, the platform collects these fees into a system reserve, which is used to “make LP’s whole” and compensate any impermanent loss they may have incurred. The platform can also sell staked TOKE as a last resort to supplement low reserves, but this is an extremely rare case.

The total supply of TOKE is capped at 100M tokens. 30M of this supply is allocated specifically as rewards emissions for platform users. This 30M will be slowly emitted over 24 one-month cycles. The rest of the TOKE is split between investors, team, individual contributors, core participants, and market makers, and is subject to a 12-month vesting period after a 12-month cliff.

The inherent value of TOKE is directly proportional to the amount of TVL that TOKE holders have the ability to direct. Remember, the liquidity reservoirs on Tokemak are deployed to DEXes via TOKE governance. Rather than give away all their governance tokens for short-lived liquidity, projects can accumulate TOKE, vote to have their coin listed, and direct that liquidity to their own project. This could lead to CRV-style token wars, with large players battling to accumulate the most TOKE (and control the most liquidity). This creates a positive feedback loop of demand for TOKE, as a higher TOKE will attract more liquidity to the Tokemak reservoirs, which will drive more demand for TOKE, and so on.

Tokemak is an innovative platform because it solves DeFi’s liquidity problem. Its token TOKE is a powerful governance asset that has the power to direct billions of dollars to wherever TOKE stakers choose, giving it massive inherent value. It is also a good product for the end user, who can experience sustainable yields with little-to-no impermanent loss risk.

To learn more about Tokemak and TOKE, please visit their website at https://www.tokemak.xyz/